A hacker is a men who is searching for weaknesses in computer system and then use them for some cause. The cause is sometimes good, sometimes bad, and sometimes in between. Anyhow, this little article is about computer hackers. Who are they, what do they do, and why do they do it. 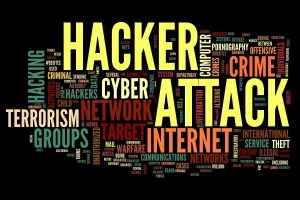 The main difference between these categories of hackers is in their ethic and moral point of view regarding the subject of hacking.

White hat hackers are people who try to find flaws and holes in computer security and use that information in a “good way”. If they find some flaw in security that would allow someone to hack a computer system, they would let the owner know that, and they would sometimes help in fixing the issue.
Facebook is offering a money reward to anyone who finds a flaw or a hole in their security system.
White hat hackers don’t break security for malicious reasons. They are also known as: “ethical hackers”.

Black hat hackers, on the other side, are breaking computer security for some form of malicious reasons. The most often reason is money gain. But some do it just to harm people or businesses, sometimes just for the fun of it.
What they do is a serious crime and they are criminals and, if caught by law, are facing trials and looking at money charges or even years in jail.

Grey hat hackers, as you can probably assume, are guys who are both white and black hackers. Somewhere in between. They use their knowledge in a mixed manner of sometimes doing god and sometimes bad.
There is a popular claim that a hacker is either a grey or a black hat. Meaning that white hat hackers are not really telling the whole truth about themselves and their work.

There is also a category of blue hat hackers. What these guys do is test the security of a system prior to its launch. Dig trough, look for mistakes and bugs. Fun job if you ask me.
They are not that popular so I just kinda left them out of my list.

What all of these men have in common are enormous amounts of knowledge. Things the know and do are very complex and hard to achieve. It takes literary years of learning and practice to become a true hacker. And that is why in a lot of cases they end up working highly paid jobs for IT companies, jobs mainly concentrating on security. Even convicted black hat hackers. It is kinda ironic. That would be like someone gets a job as a bank guard right after robbing a bank.
As I said knowledge and skills they posses are not that easy to come around so they don’t have any problem pursuing a carrier in IT, even after jail time. You want to work for facebook or google? Become a hacker. 🙂

One response to “Let’s talk about computer hackers”